One of the largest beetles in Borneo is Chalcosoma moellenkampi, this species belongs to the rhinoceros beetles. The males use the long horns for defense, but also in the fight against male rivals. So the males also defend food sources from rivals, because there is a big chance to meet females. Females do not have extended horns like the males and are also much smaller. 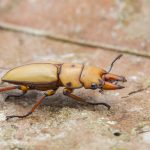 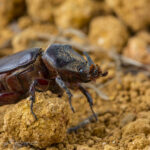 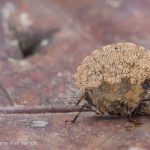 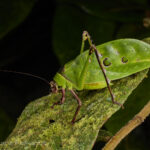 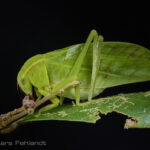